Rough diamond imports to India, home to the largest world’s largest diamond cutting and polishing industry, have fallen for five consecutive months, according to figures from industry body the Gem and Jewellery Export Promotion Council (GJEPC). The GPEPC’s most recent figures show that from April through August (FY 2018), the value of rough diamond imports have declined by 7 percent to $7.16 billion from $7.69 billion a year earlier. In volume terms, imports are down 9% to 68.6 million carats from 75.3 million carats compared to the same period last year. The decline in rough diamond imports has been fuelled by banks squeezing manufacturer’s access to financing as well as a steady increase in rough diamond prices – up by approximately 6% for the year. The value of India’s rough imports fell by 8% in August after tumbling by nearly 26% in July, 14% in June.

India’s polished diamond trade, however, testifies to robust consumer demand, particularly in the U.S. and China, as polished exports have increased by over 11% in value for the first five months of the year (April – August), despite their volumes declining by 10%. The value of polished exports have risen to $10.3 billion from $9.2 billion a year earlier, which implies that diamond manufacturers are meeting retailer needs by dealing from their inventory, resulting in slightly lower stock levels than during the same period a year ago. 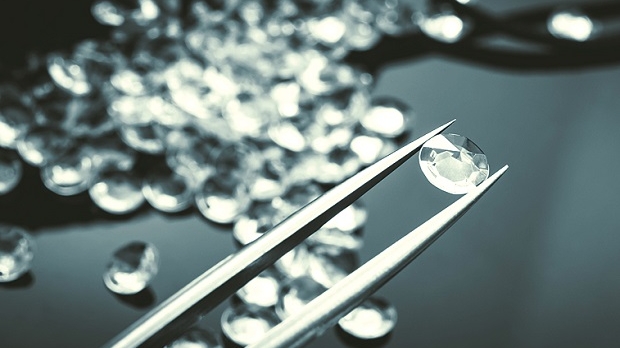