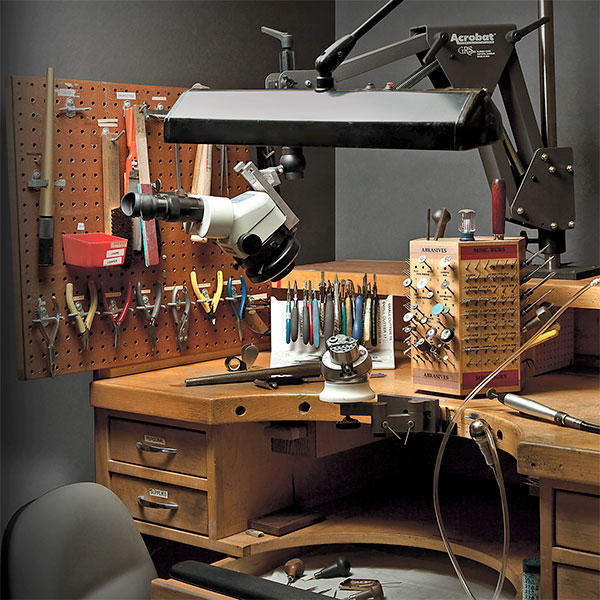 If it’s broke, no problem! There is major money to be made in resizing, refinishing & resetting.

Jason Lemaire, director of tools at Stuller, the Lafayette, La.–based jewelry and supplies manufacturer, has a stock question he often asks jewelers: “When was the last time you walked into a Goodyear and tried to negotiate the labor price of putting on a new set of tires?”

The answer, of course, is “never.” And the question is designed to illustrate how not charging customers uniformly for repair work makes little sense. As does neglecting to factor labor hours, overhead costs, and appropriate markups into final repair prices, he contends.

Lemaire, like many other industry professionals who consult with bench jewelers and store proprietors, says the business ­opportunity in repairs is immense—but is too often sidelined by independent jewelers.

David Geller, a former bench jeweler who in 2000 authored the book most jewelers consider to be the definitive pricing guide for jewelry repairs, Geller’s Blue Book to Jewelry Repair & Design, intimately understands the dangers of chronic discounting. Geller’s been off the bench since 1999, but in the 1980s, he almost went out of business—and at one point owed the IRS $65,000—because his shop was consistently undercharging for repair jobs, which composed the bulk of the store’s services.

Repairs, when properly priced, can be a lifeboat—and even a boon—for independent jewelers, according to Geller. “If you give 10 people your best sales pitch, three or four people will buy, and 70 percent will walk out and buy nothing,” he explains. “But when a jeweler tells a customer what it costs to fix a ring, no matter the price, 9 or 10 out of 10 customers will buy.”

Odds rarely get that good in retailing. Here’s how to make sure your store is seizing the opportunities in repairs. 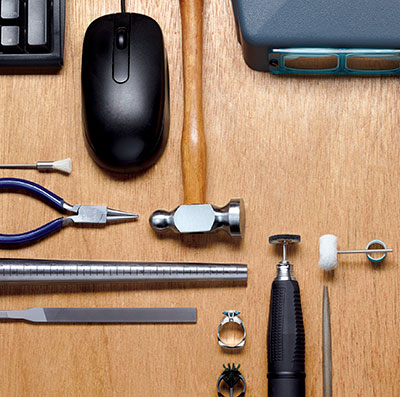 Who do you go to when you need to fix a family heirloom? The best. That’s what renders the repair business “less price-sensitive and more trust-­sensitive,” says Lemaire. “People are coming in with Grandma’s ring, so they really don’t want to go to the discount jewelry store. They want someone who knows how to fix it.”

But that trust is often eroded on first contact, courtesy of a salesperson who’s not trained in the language or logistics of jewelry repair.

“Lack of training is a major issue in jewelry stores when it comes to repairs,” says Ross Wesdorp, ­director of sales at Jewel-Craft, one of the largest ­business-to-business repair workshops in the United States. “Stores often don’t train staffers who take in repairs, and that hurts them. If you can tell someone on the spot what has to be done and how much it’s going to cost, that’s so much better than having to call them later and say, ‘You know what? We were wrong about that cost.’ That takes a [toll] on the relationship.”

“Front-line salespeople are often not bench ­experts,” Lemaire adds. “And by having them intake repair, you often leave a lot of money on the table.”

Put Sales in Your Service

When it comes to repairs, savvy retailers don’t sell the fix—they sell the restoration. Getting your customers to envision their finished piece, gleaming and reborn, is key to closing service tickets.

Geller’s longtime sales approach is a masterstroke in timeless salesmanship. “If a customer says, ‘Wow, $125 is a lot to fix this ring,’ you say, ‘I know you think sizing this ring is simple, but we’re going to do an excellent job with that repair; we’re going to check and tighten every stone, guarantee our work for a year, and refinish the entire piece to make it look like the day your husband gave it to you. My jeweler’s been doing this for 30 years. You do want that kind of expertise, don’t you?’ ” 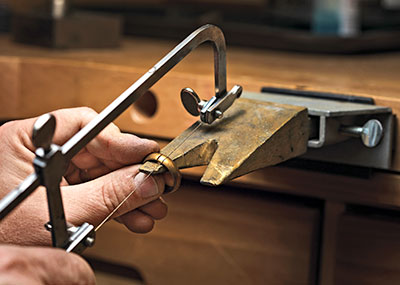 Bench jewelers can be picky about what they will and won’t fix. And obviously, it’s not possible to fix every piece. But jewelry stores raking in revenue off repair work make it a policy to say yes to almost all jobs.

“Jewelers pass on a lot of things,” Wesdorp says. “Many don’t work on sterling silver, or won’t work on anything they didn’t sell themselves. But if you send someone away who came to get jewelry ­repaired, they’re not going to buy jewelry with you the next time they’re in the market for something.”

Establishing a relationship with a repair workshop such as Jewel-Craft, which repairs approximately 10,000 pieces a week in its Erlanger, Ky., facility, makes it easier to be a yes-person.

“We have all the fun toys here,” Wesdorp says, detailing the vast array of mechanical and digital machinery under Jewel-Craft’s roof. “We can do those repairs jewelry store owners don’t want to do, and make sure they don’t have to pass on them.” 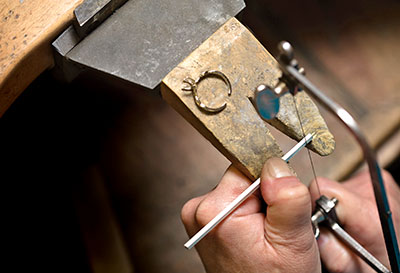 So, what’s the correct price for a repair job? The short answer is an amount that mathematically factors in costs and leaves you with profit.

The most financially successful jewelers that Lemaire has met in his many bench workshops “have all adopted Geller’s Blue Book pricing structure,” he says. “It’s a pricey book [$399], but it pays for itself very quickly.”

Geller initially compiled the book of listings, which he says he updates “every couple of years,” to save his own business—and now selling the book is his main gig (along with advising jewelers on money matters and QuickBooks accounting software).

“Jewelers don’t know how much to charge because they don’t understand how much repairs cost,” he says. And both he and Lemaire say those costs far exceed materials and labor.

“A lot of jewelers are very aware of the $30 piece of stock they’re putting into a ring, and they charge for that,” Lemaire says. “But they’re forgetting about the $60,000 a year they pay their jewelers, and the light bill, and the store insurance.”

And let go of the worry that you’ll lose business by pricing fairly, Geller says. “If there’s trust between you and the customer, they’ll almost always pay what you ask for.”