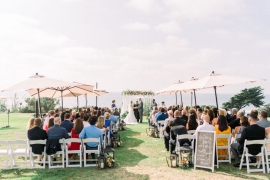 The average expenditure on an engagement ring in the U.S. stayed flat in 2018 at $3,388, fitting the new pattern of economizing on the big day and a slight shift away from including an engagement ring, according to a survey from The Wedding Report.

The survey concluded that the average cost of a wedding in the U.S. declined by 4%, from $25,764 in 2017 to $24,723 in 2018. As Michelle Graff of the National Jeweler points out, 2018 marked the first time since 2009 that the average cost of a wedding has slipped below $25,000 in The Wedding Report’s year-end survey, and fell to the level of spending recorded in 2008, when the average was $24,100. The number of couples purchasing an egagement ring also declined by just over a percentage point to 87%, while fewer women received wedding bands as well.

Graff also points out that the engagement ring figure from The Wedding Report is consistently lower than what The Knotreports in its surveys, and the latest figure from the wedding planning website quoted the average expenditure on an engagement ring at $5,764. The Wedding Report founder and CEO Shane McMurray said he believes the difference between the two figures is that people using The Knot are generally holding bigger weddings with bigger budgets and, therefore, have more money to spend on engagement rings, while participants in his survey come from a more diverse socioeconomic background.