The Diamond Producers Association (DPA) and Signet Jewelers have published the first results of their program designed to measure how well lab-grown diamond detectors actually do what they claim.

The first phase of the Assure Program tested 11 lab-grown diamond detectors and screeners according to standards developed by UL (the certification company formerly known as Underwriters Laboratory) and a committee of gemologists and scientists. The results can be seen here. 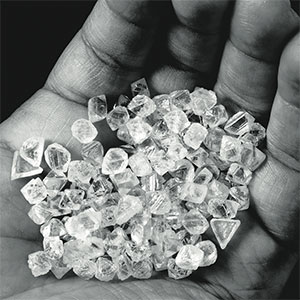 The machines looked at what DPA CEO Jean-Marc Lieberherr calls a “super challenging” sample—1,200 diamonds salted with 200 lab-grown diamonds of all types, including both treated and untreated stones. The instruments were operated by a “trained novice.”

Two of the machines misidentified some lab-growns as natural, and every device but one registered false positives, meaning they either called a natural stone synthetic or referred it for further testing.

But Lieberherr says overall, he’s pleased with how they performed.

“We definitely had a sample made to fool,” he says. “These results are probably a lot of tougher than if you used these machines in your business.”

DPA strategic project manager Lisa Levinson says that the numbers need to be looked at against that backdrop.

“Keep in mind that a 1 percent [rate of misidentifying lab-grown diamonds as natural] doesn’t mean you can’t rely on this instrument in your operations,” she says. “This does not mean that 1 percent of all synthetic diamonds would be classified as natural diamonds, as our Assure sample is very challenging and not representative of what is available in the marketplace.”

As far as what people should buy, the DPA doesn’t make any recommendations: “We will leave it to various actors to decide what kind of machines meet their needs,” Lieberherr says. “Various actors may want to have a minimum level of performance.”

Lieberherr notes there are a lot of factors to consider when purchasing a screening or detection device, including costs, amount of stones that can be screened at once, and whether they screen simulants.

This is just the first phase of the testing. Another eight machines are still being tested, as some manufacturers chose to refine and resubmit their machines after the initial testing. There are about 40 commercially available lab-grown spotting devices, and the Assure Project hopes eventually to test them all.

After the results were released, some manufacturers released statements crowing about how well they did.

De Beers’ SYNTHdetect, AMS2 (automated melee screener), and DiamondView machines showed some of the best results, catching every synthetic and having extremely low referral rates. (DiamondView was the only device that didn’t misidentify any natural diamonds.) Still, those devices all cost upwards of $17,000.

The M-Screen+ from HRD Antwerp was the fastest machine tested, screening more than 12,000 stones an hour, while still spotting every lab-grown stone. It carries a $63,000 price tag.

Dror Yehuda, president of Yehuda Diamond Co., says he “couldn’t be happier” with the results for his company’s Sherlock Holmes detector, noting that it sniffed out every lab-grown diamond and was among the least expensive devices tested (though it still costs $6,495). He credits his father Zvi, who at 82 can still produce a cutting-edge device.

All the machines that participated in the test will get an Assure sticker, which can be used on their machines and displays their accuracy rate.