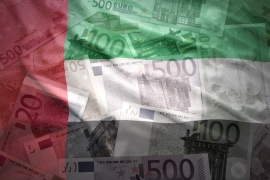 European Union finance ministers have agreed to add 10 countries to a blacklist of alleged tax havens, including the United Arab Emirates. According to Bloomberg, the agreement means the list will now have 15 jurisdictions, triple the number of what it had before the review. It comes just over a year after the EU agreed to “name and shame” a small number of nations as part of its efforts to fight opaque practices that facilitate tax avoidance by multinationals and individuals.

The blacklist “has had a resounding effect on tax transparency and fairness worldwide,” EU Economic and Monetary Affairs Commissioner Pierre Moscovici said in a statement. “We are raising the bar of tax good governance globally and cutting out the opportunities for tax abuse.” The EU list is composed of countries that “either failed to deliver on their commitments to comply with required good-governance criteria, or did not commit to do so at all," according to the European Commission, the EU executive in Brussels. The inclusion of the U.A.E. was a particularly thorny issue, with Italy and Estonia pushing until the last minute to get the nation off the list, according to officials familiar with the discussions, Bloombergreports. Italy’s populist government wanted the Emirates to be placed on a secondary “grey list” of countries that have agreed to fix their deficiencies in line with the EU requirements, arguing that the UAE was facing “constitutional constraints” and had to work with a “time-consuming legislative process” to pass the necessary reforms.

The key aim of of the updated tax-haven blacklist has been to act as an incentive for countries to bring their tax systems in line with EU standards, for fear of being named and shamed. “Thanks to the listing process, dozens of countries have abolished harmful tax regimes and have come into line with international standards on transparency and fair taxation,” Moscovici said. A senior UAE banking official said the UAE expects to reach an amicable solution with the European Union soon on the issue of including the emirate in the list of non-cooperative jurisdictions for tax purposes, saying the blacklisting was due to “lack of communication and lack of understanding." The updated list includes existing transgressors American Samoa, Guam, Samoa, Trinidad and Tobago and U.S. Virgin Islands, while new entries are Aruba, Barbados, Belize, Bermuda, Dominica, Fiji, Marshall Islands, Oman, Vanuatu and the U.A.E.