For diamond traders in the United Kingdom, a “no deal” Brexit could also mean no deals for them. 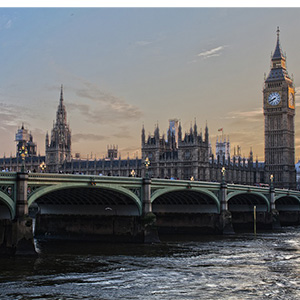 The United Kingdom is currently a participant in the Kimberley Process (KP) certification scheme as part of the European Union (EU). If Britain leaves the European Union—which is due to happen on March 29, 2019—without a prearranged deal, that would mean that the U.K. would then have to participate in the KP on its own.

“In this very unlikely case, you would not be able to trade internationally in rough diamonds until we had secured our KP participation,” Brown wrote.

She warned dealers they might want to prepare by making arrangements “to have any rough diamonds on consignment or loan to countries in the KP (including the EU) returned to you before the U.K. has left the EU to avoid delays until we secure independent participation.”

She noted that the U.K. does expect a Brexit deal that would allow it to be treated as an EU member state for the purposes of international agreements, including the Kimberley Process, during a preset implementation period.

Seven years ago, this news might have caused an earthquake in the trade, as De Beers used to sell the majority of the world’s rough diamonds out of its Charterhouse St. headquarters in London. But in 2012, De Beers moved its rough diamond sales and sorting to Botswana, and the company says whatever happens with Brexit will have no impact on its business, according to a spokesperson.

The London Diamond Bourse told JCK it is “encouraged by the recent letter from the Foreign and Commonwealth office regarding a ‘no deal’ for Brexit, the possible further implementation period, and impact on our Kimberley Process. In this event it should result in the UK diamond industry becoming an independent member of the KP process, regardless of the Brexit negotiations, therefore protecting our current relationship.”